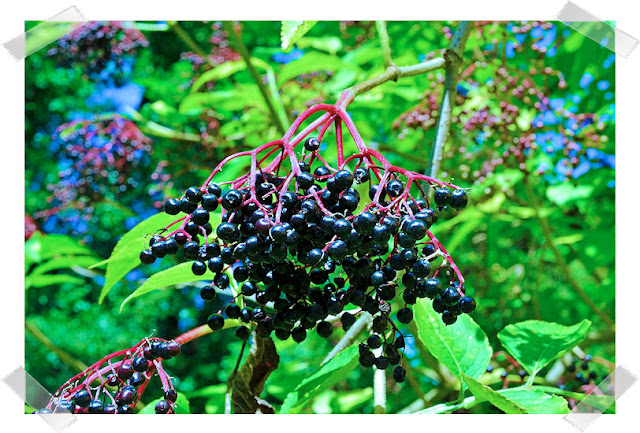 I first encountered Dr Fernie on the Herb Society forum thanks to a chap called Kevin Brown mentioning him back in 2006. Kevin like me is interested in the old herbalists and old herbalist shops and has not only gifted me with wonderful old books from his personal herb book collection, he has become a herbal ally and friend, even though we have never met. Fernie continued to pop up getting mentioned in books by Hilda Leyel who often quoted his remedies and ideas, he is mentioned by Eleanour Sinclair Rohde, Mary Thorne-Quelch and Maud Grieve, plus countless other herbal writers of the 20th century. We hear a lot about how we're losing our herbal heritage and how people should be passing on the knowledge of the herbs their grandparents used, and I totally agree. I also think that we should be reading the herb books, pamphlets, lecture notes and essays from the past and looking at herbs that were commonly used by our great, great grandparents and seeing why they're no longer used and if they can be revived.

I find it interesting to look back at what herbs were used way back when and compare them to what we use now. It's also interesting to see what illnesses and diseases were being treated then as opposed to now. In the west diseases like cholera, scurvy and TB still occur even to this day, albeit not in the way they did in earlier times, today we have a raft of modern diseases like stress and anxiety, and illnesses not to so easy to see such as ME. I find it interesting as a person with a thyroid condition that in the Victorian herbals not much mention is made of this condition, nor treatment for it, Goitre aside, but today in the west its becoming increasingly common to be diagnosed and treated for a thyroid linked problem.

But I digress, as I often do when writing about herbal things, the story of herbs and their uses is such a vast subject and crosses so many times, places, countries, uses and people, that its difficult to stay in one place, I often get sidetracked with my research and end up discovering a pile of new mysteries to solve before I've closed the book on the case I'm investigating at that moment, this week I've been researching Heath & Heather Ltd, Maud Grieve, William Ransom and about 6 other people and companies, its so easy to get sidetracked especially when those people begin to become linked in ways you wouldn't have thought!

Back to Fernie, who after all is the reason for this post... The man himself was a herbal ghost as far as information went, beyond the books he wrote, little information on him seemingly existed. There have even been suggestions that Dr W. T. Fernie was a pen name of someone else and the man never really existed, my gut told me when I heard that, that is wasn't true, so I began to dig and research. 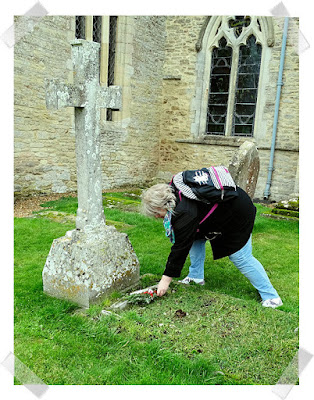 When I go off to find out more about a person or thing, it never sits right with me if I fail to uncover enough information to sate my curiosity, I blame my Grandad for making me love Sherlock Holmes as a young girl, those old movies and books he encouraged me to read furnished me with the subsequent need to solve mysteries and find answers to feed my inner Sherlock.

The lack of Fernie information led me to begin looking for answers in places I ended up visiting and coming away with a few more clues or another piece of the mystery solved every time, and although the case isn't closed, there are a few things I am still 14 years later having trouble resolving but I will, my book on Fernie is coming along. So far I've discovered where, when and to whom he was born, I've traced his family back to his great grandparents, I know of his siblings, his career and  I've found a photo of the man himself and even visited his grave.

My research continues and when I'm done I hope to publish a small booklet about him, this blog post is a result of Kevin asking me recently whether I was ready to reveal who Dr Fernie was yet, sadly I'm not. But I thought I'd add this little article I came across in an 1927 copy of Heath & Heathers book, come catalogue, they called the 'Famous Herb Book', it's an extract taken from the Introduction of "Herbal Simples" a book written by Dr Fernie in 1895, which is the book of his most often quoted from.

"    Hitherto, medicinal Herbs have come down  to us from early times as possessing only a traditional value, and as exercising merely empirical  effects. Their selection has been commended solely by a shrewd discernment, and by practice of successive centuries. But to-day a closer analysis in the laboratory and the skilled provings by experts have resolved the several plants into their component parts, both singly and collectively. So that the study and practice of curative British herbs may now fairly take rank as an exact science, and may command the full confidence of the sick for supplying trustworthy aid and succour in their times of bodily need.

Scientific reasons may readily be adduced for prescribing all our best known native Herbal Medicines. Among them the Elder, Parsley, Peppermint, and Watercress are familiar examples of this fact. Almost from time immemorial in England, a 'rob' made from the juice of Elderberries, simmered and thickened with sugar, or mulled Elder wine concocted from the fruit, with raisins, sugar and spices, have been popular remedies in this country, if taken hot at bedtime, for a recent cold or sore throat. But only of late has chemistry explained that Elderberries furnish 'viburnic acid,' which induces sweating and is specially curative of inflammatory bronchial soreness. So, likewise Parsley, besides being a favourite pot herb, and a garnish for cold meats, has been popular in rural districts as a tea for catarrh of the bladder or kidneys. It has recently been learnt that the sweet-smelling plant yields what chemists call 'apiol,' or Parsley-Camphor, which, when given in moderation, exercises a quietening influence on the main sensific centres of life - the head and the spine. Thereby, any feverish irritability of the urinary organs inflicted by cold, or other nervous shock, would be subordinately allayed.

Again, with respect to Peppermint, it's cordial water, or its lozenges taken as a confection, have been popular from the days of our grandmothers for the relief of colic in the bowels, or for the stomach ache of flatulent indigestion. But this practice has obtained simply because the pungent herb was found to diffuse grateful aromatic warmth within the stomach and bowels, whilst promoting the expulsion of the wind; whereas we now know that an active principle, 'menthol' contained in the plant, and which may be extracted from it as a camphoraceous oil, possesses in a marked degree antiseptic and sedative properties which are chemically hostile to putrescence, and preventative of dyspeptic fermentation.

Lastly, the Watercress has for many years held credit with common people for curing scurvy and its allied ailments, while its juices have been further esteemed as of especial use in arresting tuberculous consumption of the lungs; and yet it has remained for recent analysis to show that the Watercress is chemically rich in 'anti-scorbutic salts,' which tend to destroy the germs of tuberculous disease, and strikes at the root of scurvy generally. These salts and remedial principles are 'sulphur', 'iodine', 'potash', 'phosphatic earths,' and a particularly volatile essential oil known as 'sulphocyanide of allyl,' which is most identical with the essential oil of White Mustard."

Posted by Herbaholic at 22:59 No comments: